"We The People" Tattoos 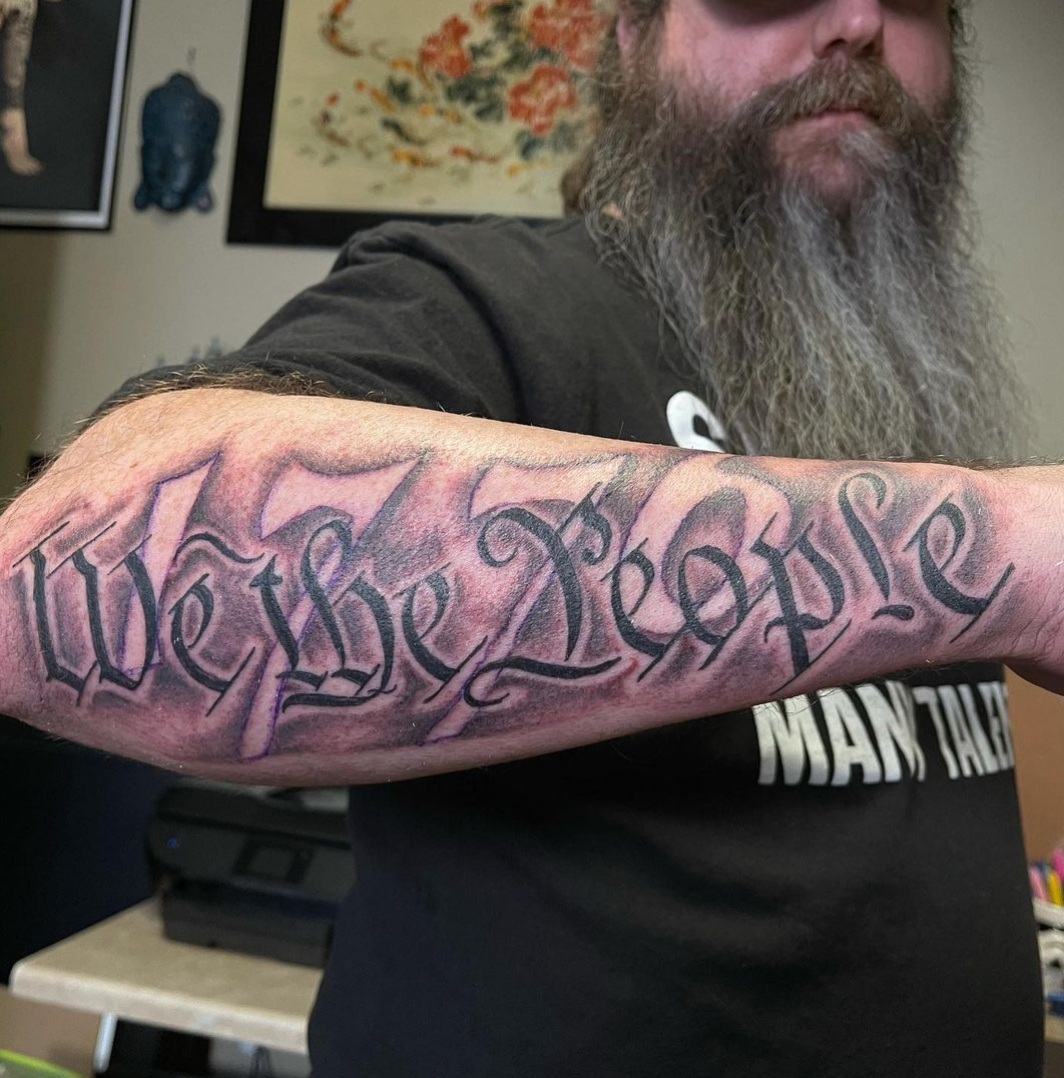 We The People tattoos are right up there near the top of the list as far as patriotic text tattoos go. The words tell people exactly how you feel and, you can have this type of tattoo designed any way that you want it without altering the meaning at all. Those looking for a tattoo that clearly shows their love for their country will often look into getting a We the People tattoo since just about every American recognizes that those are the first three words found in the United States Constitution. It’s incredible that you can get such a meaningful tattoo in just three words, especially a patriotic one. They are for anyone who wants to show their pride in being American citizens and what America stands for at its core.

Another reason why We The People tattoos are so popular is because there are so many ways for them to be designed. You can get one that stretches across your chest, one that fits perfectly with another patriotic image that you want tattooed on your skin, or you can even shrink the words down so they fit on your wrist or ankle. Many people choose to include the American flag somewhere in or around the We the People tattoo designs. Even though you only need the words to make it clear that you are showing your pride in being an American, some people find that the flag takes the tattoo to another level.

One of the most important parts of designing a We The People tattoo is figuring out which font you want to use. Many people want to use the exact font that was used in the actual Constitution, in which case they would choose a similar calligraphy font. This is especially great if you want to put the words on paper in your tattoo, though that isn’t totally necessary. There are many reasons why people choose to get We the People tattoos, as they are usually very easy to design yet they hold a world of meaning to those who get them.