Who Is Protecting The Public When It Comes To Tattooing? Lucky Bamboo Tattoo :

Who Is Protecting The Public When It Comes To Tattooing? 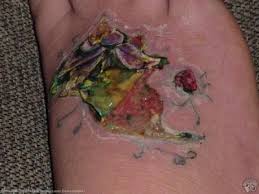 Utah and most states have zero licensing for tattooing and sometimes states and departments use the word licensing loosely in place of say a permit or blood-borne pathogen certificate. Many counties don’t even require the shops to cover instruments used during the process to prevent cross contamination, and those who follow those regulations are not tattooing safely at all.

Tattooing if done right can be done with zero incidents as far as health and safety goes. There are over a dozen new studios open per year in Utah alone, and many of these studios are owned and operated by people who have received zero training and education on tattooing, cross contamination and sterilization.

There are an estimated 21,000 tattoo studios in the USA and this accounts for registered studios only. It is now a 1.5 billion dollar industry in America which requires no licensing and very little to no regulations depending on the county. Estimated, there are roughly 40,000 studios including those that aren’t registered that employ over 45,000 individuals.

Tattoo studios are experiencing a 13% annual market growth rate. Ever since tattooing became mainstream, the number of people buying equipment and tattooing people inexperienced is expediential. It is making it harder to self-regulate and it's only getting worse each year. Majority of studios across Utah and across the US are not safe and experienced tattoo studios, which should be alarming since they deal with bodily fluids.

Actual tattoo licensing for tattoo artists along with studios to have their licensing as well, requirements that meet proper industry standards, apprentice requirements and standards so a proper system for training is in place should be enforced and expected from all the studios.

Please be careful when selecting your studio/artist as a poor or uneducated decision by the client may be a permanent and detrimental choice.